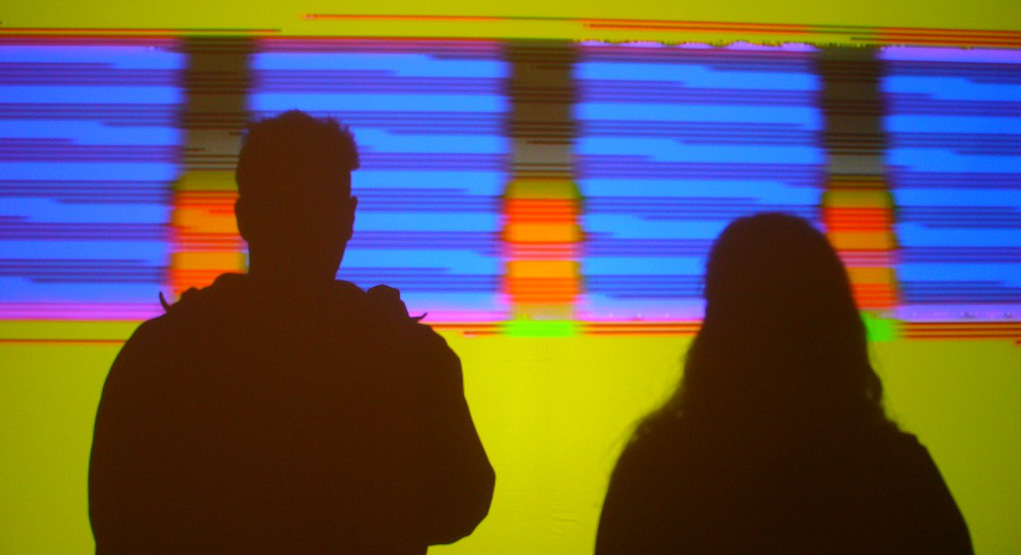 RISC is a collaboration between Billy Roisz and dieb13.

Since 2011 RISC works (similar to it's predecessor-project NTSC) by closely interlacing audio and video sources and their signals.
Audio and video signals leave their domain to get a new function and meaning.
Sound causes images and video signal can be heard.
The speaker and the screen finally define whether a signal will appear audible or visible.

Billy Roisz
Since late 1990s, Billy Roisz dealt intensively with video and sound. Her work focuses on the links and gaps between visual and auditive perception. Roisz questions the interaction between sound and image, the interchangeability or unity of the electromagnetic signal in the generating machines which creates image or sound.
The realisation of her experiments takes place in live performances, single screen works and audio-visual installations, solo or in collaboration with musicians of experimental music and noise as well as composed new and old music, dance and theatre.
Her videoworks are distributed by sixpackfilm. She is co-organizer/programmer of annual REHEAT festival.
Her actual solo album "Walking The Monkey" was released on Editions Mego 2012

dieb13
Since the late 80ies he has worked continuously in rendering cassette players, vinyls, CD's and harddisks into instruments.
Permanent collaborations include: RISC, Siewert/dieb13, eRikm/dieb13, swedish azz, (Fake) the facts, Phil Minton/dieb13
music for theater-, opera- and videoproductions and installations.
(co-)curator of REHEAT festival and "Der blöde dritte Mittwoch".
Founder of the klingt.orgestra
Runs the internet platform klingt.org
dieb13 is a conscientious copyright-objector and lives in Vienna Fünfhaus